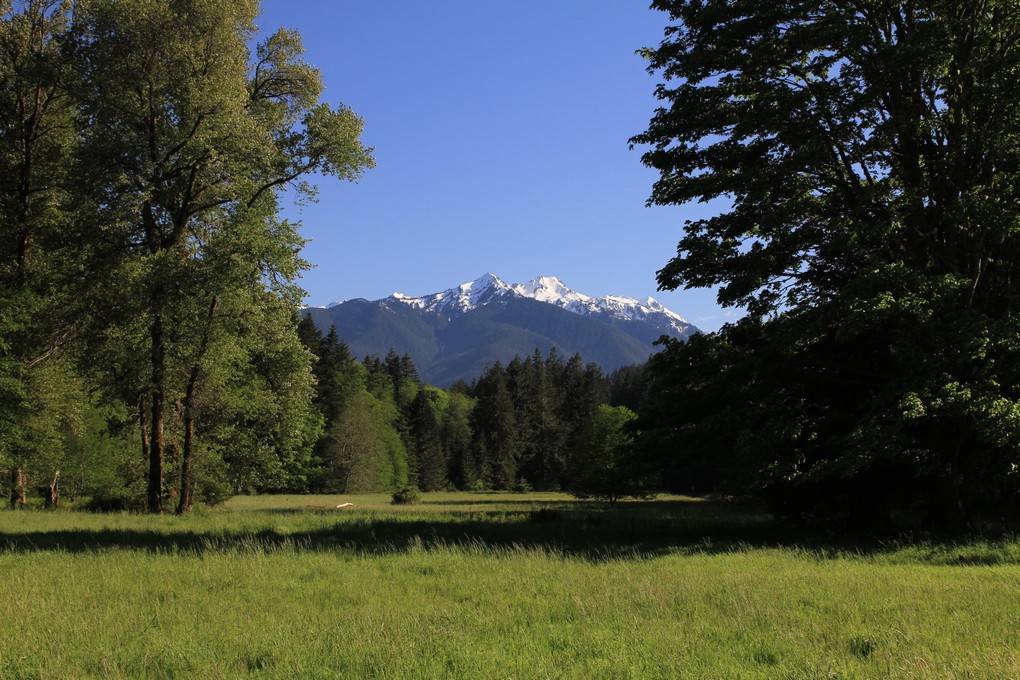 Perhaps the appeal of wilderness relies on its cultural history as a fundamentally religious term, at least in the American lexicon. The romantic idea of “wilderness” as the purity of nature free of human development arose prominently with the Transcendentalists in contrast to an earlier Puritan notion of wilderness as the chaotic, dangerous domain of Satan, the angel of evil. We can trace this more aesthetically imbued Romantic view of wilderness from Ralph Waldo Emerson’s spiritualizing of the human relationship to the natural world in his “Nature” essay, and Thoreau’s subsequent declaration that “all good things are wild and free,” or more famously his prophetic admonition that “In wildness is the preservation of the World”; we see this Transcendentalist view reiterated in John Muir’s more directly religious formulation, “In God’s wildness lies the hope of the world,” and in the twentieth century a less conspicuously religious formulation with Wallace Stegner’s “geography of hope.”

In contrast to the Puritan regard of wild places as the dark regions of evil where the constant threat of demons lurks, Romantic writers have illumined a more positive vision of a wild nature which has not been tamed, domesticated, or developed, but serves a nurturing, redeeming, and edifying purpose for good souls seeking spiritual replenishment in wilderness lands. But, we might ask, whose hope do we seek in wilderness geographies? What vision of the future do wild places lead us to?

More to the point, does the hope we seek in wilderness include a place for human life? Or does re-wilding the earth require the demise of humanity? This gets to the heart of the idea of wilderness: it’s more about people than about nature. The Puritan image of wilderness as an evil place of danger relies on the narcissistic, egocentric Christian worldview that humans are special, exceptional, reflections of divine perfection, though fallen into the temptations of sinful disobedience, but still superior to all other life-forms. In this version of the Christian tradition, wilderness suggests chaos, a world not ordered for the benefit of righteous people, a realm beyond the control and understanding of humans.

In contrast, as a deliberate challenge to the received tradition of the Puritans, the Romantic outlook of the Transcendentalists saw wildness as redemptive, recalling, or at least alluding to, the perfection that the Christians (and other Abrahamic monotheists) imagined as the garden of divine creation prior to the sinful plunge of humanity into the iniquity that separates humans from their God. Like that of most other Christians, the Transcendentalist image of wilderness also regards humans as the problem, but in their romanticized vision they find redemption in a return to aboriginal wildness where Romantic seekers can rediscover their own divine nature.

These opposing views of the wildness of untamed nature bring me to wonder if there is no wilderness without the imaginations and contrivances of human meddling. Wild nature is a fantasy of human speculations, sometimes frightening and sometimes inspiring. Actual places in the world of natural terrains that many regard as “wilderness” are the imaginative progeny born of a false binary of nature without people. But this human invention of wilderness does not make these places less valuable or less precious. Sometimes we need to be alone in a world not of our making, to immerse ourselves in the terror and the illumination of places that make us small and insignificant. Sometimes we need to be reminded that we are merely a single form that God or Nature or Evolution or Being has made possible, that the universe is a vast reality that we are connected to in myriad ways. And if the idea of wilderness can bring these realizations to our anxious minds, then it seems a helpful idea to me. Perhaps our imagining of wilderness will deliver us to a new geography of hope. 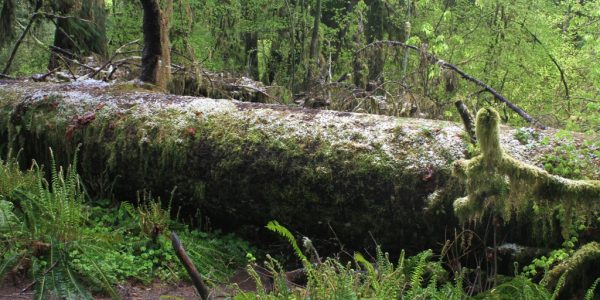 This week a rotten tree fell hard in the forest. Many thousands were there to witness its undoing, but no one heard the crash. Not even the tree realized it had fallen. 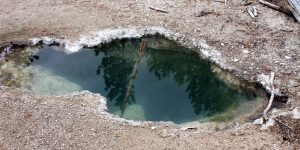 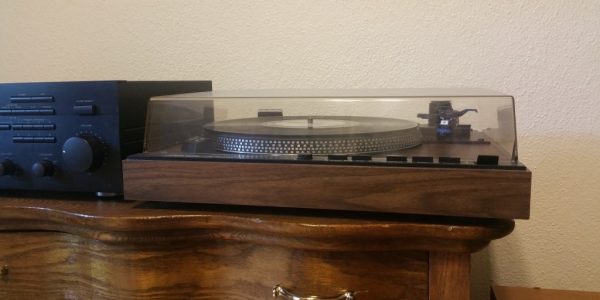 Though most everything else from our youthful days has long since disappeared, one generous gift has filled our house with music since 1982. 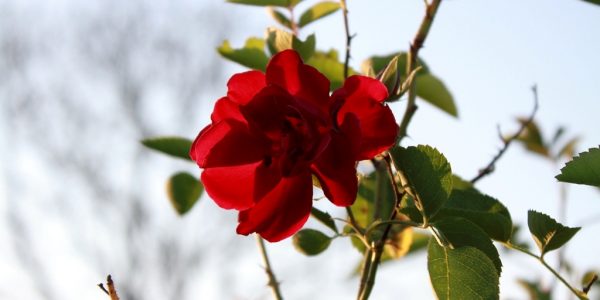 A rose by any other name still means that April showers have yielded to May flowers.

The detourist welcomes unanticipated changes in course, regards the derailment of one’s intentions and ambitions as a normal and agreeable opportunity.