How was religion part of Abraham Lincoln’s world? Looking specifically at Springfield, Illinois, in the years he resided there, the most obvious religious presence could be seen in the variety of churches. The Lincoln family attended the First Presbyterian Church after the death of their son Eddie in 1850 (Mary Lincoln joined the church in 1852, but her husband Abraham never joined this or any other church, although he often attended services with Mary and their sons). But other congregations were part of the scene of Lincoln’s Springfield.

Springfield boasted at least 20 established religious congregations in 1860. Nearly all were Protestant Christians of some sort, with Baptists, Presbyterians, Episcopalians, and Lutherans most numerous. Among these congregations could also be found Universalists, Roman Catholics, and a newly formed Jewish synagogue. Besides denominational diversity, Springfield’s religious communities also reflected the city’s ethnic diversity. With significant populations of immigrants and free blacks, church communities included two groups of Portuguese Presbyterians, three German congregations (Lutheran, Baptist, and Methodist), at least one congregation of English immigrants, and two African American congregations. Although not entirely representative of the nation as a whole, religious diversity in Springfield reflected the dynamic religious landscape of America in the middle decades of the nineteenth century. ♨ 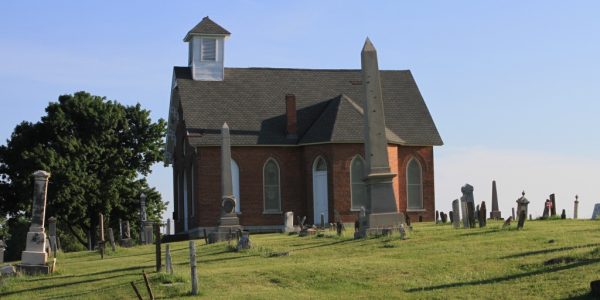 The historic Mount Tabor Church and Cemetery bears the names of unremembered lives, many more now anonymous as time, and weather, and neglect have defaced and crumbled their once-proud stone markers.