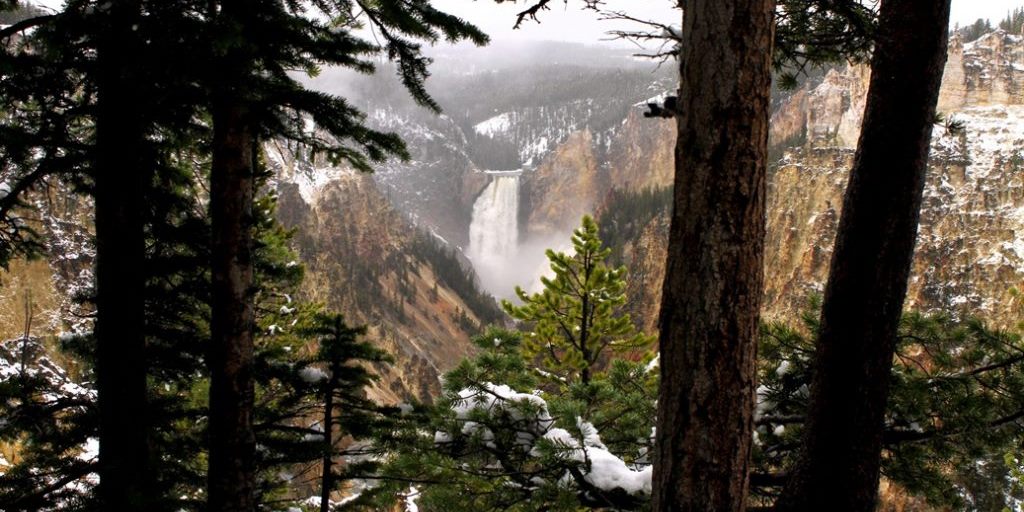 America has long been confused about whether nature is for us to adore and enjoy, or for us to profit from. This confusion has been painfully clear in our divisive attitudes toward national parks. In fact, the tension between enjoyment and profitability became a central theme in the mythos of Yellowstone National Park.

A mythic tale circulated for more than a century that the idea for creating a national park on the Yellowstone plateau began around a campfire near where the Firehole and Gibbon rivers converge to form the Madison River. On the last night of the famous Washburn expedition of 1870, according to this apocryphal tale as related in Nathaniel Langford’s purported “diary” of the trip, the conversation among the expeditioners turned to the future prospects for Yellowstone’s unusual landscape and its amazing attractions. After several suggestions for capitalizing on the profitable potential of this wonderland, Cornelius Hedges, Montana lawyer later involved in territorial and state politics, proposed, according to Langford’s account, that “there ought to be no private ownership of any portion of that region, but that the whole of it ought to be set apart as a great National Park.” All but one of his companions readily agreed. These noble and visionary men, the story implied, set aside their personal ambitions for the democratic ideal of national park that anticipated the conservation movement that would gain momentum in the closing decades of the nineteenth century.

This widely circulated tale of the campfire conversation about Yellowstone’s future remains dubious at best; as Paul Schullery and Lee Whittlesey note in their book Myth and History in the Creation of Yellowstone National Park, historians have been raising questions about this story since the 1930s. Their detailed study of the historical veracity of the tale and its symbolic import in national park culture concludes, “The …  campfire story is without question lousy history” (91). But they acknowledge the enduring influence of its symbolic importance in “its sense of foresight and the heroism to act on that foresight” (91). Even today the tale continues to serve a mythical purpose in some circles as an origin story of American national parks.

Lynn Ross-Bryant argues in her book Pilgrimage to the National Parks: Religion and Nature in the United States, the “symbolic power” of the Yellowstone campfire myth “firmly held together the conflicting messages that were entwined in the establishment of the National Park” (51). These conflicting messages anticipated a fundamental tension of American national parks, both then and now: according to Ross-Bryant, the “opposing values of undeveloped, pristine American land and the progress of an industrial society” (51). In the earliest national parks, these opposing values represented on the one side the ethos of conservation in preserving natural wonders for the benefit of the people, versus on the other side the commercial impulse of development by such profit-motivated enterprises as railroads.

These competing perspectives on national parks have not gone away. Today they mark a fault line between those who value parks for their aesthetic, recreational, and historical importance versus those who see them as unnecessary government restrictions on resource development and extraction, especially oil and gas. Like all sacred places, our national parks are contested grounds where our most deeply held principles clash. They are, in short, a prism that reveals who we are as a people.