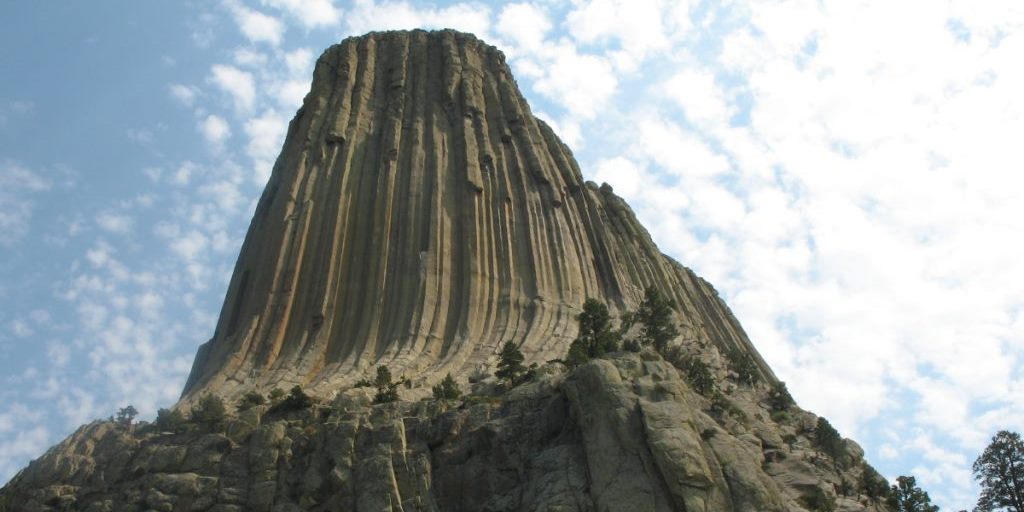 Americans have always been ambivalent about the sacredness of their land. In the formative decades of the nation, sacred space was largely determined by a sense of divinely bestowed entitlement, a precious land given as a gift from God, but with a mandate to exploit its resources for the glory of God. Over time those initial religiously motivated interpretations of American lands divided into opposing secular movements of conservation and development. The sacred most often became the claimed domain of the conservationists, who often accused the partisans of development as lacking any moral conviction in their wholesale exploitation of the natural environment.

The Americanness of sacred space

This public ambivalence over land in the United States has made sacred space a story of perpetual conflict. In the final decade of the twentieth century, religious studies scholars David Chidester and Edward T. Linenthal published a collection of essays on American Sacred Space that emphasizes the contested nature of spaces regarded as sacred. In the “Introduction” to the book, they consider what makes these places characteristically “American.” They outline seven “basic features of American historical experience that have influenced the symbolic and material production of American sacred space”:

Their insights have been significant in subsequent studies of spatial politics in America as other scholars, both within and beyond the study of American religious history, have expanded and extended their initial propositions for rethinking the historical production of American sacred spaces.

Yet as durable as their work has been, history has introduced new considerations since their book came out in 1995. In particular, two of their seven points about the “basic features of American historical experience” deserve updating. Their attention to “dramatic and extensive information revolutions,” prescient as it was at the time, could not anticipate the exponential developments of the digital revolution just beginning to dawn in the 1990s. Scholarship is only beginning to consider how a “hermeneutics of place” accounts for social media, virtual reality, and yet unimagined interfaces with space made possible in a rapidly expanding digital universe.

In addition, Chidester and Linenthal wondered from their vantage at the end of the millennium about the new challenges that America will face as the nation enters the twenty-first century. They reference Robert Bellah’s formulation of American civil religion that identifies the country’s periods of trial in three phases: the challenge of national independence during the American Revolution; the challenge of national unity during the Civil War; and the challenge of national integrity during the Vietnam War and civil rights era. Chidester and Linenthal suggest that the new challenges the nation will face “will be decidedly spatial, especially when they involve the profound conflicts over space and place that arise under conditions of alienation, dislocation, and disorientation.”

Sacred space in the twenty-first century

As I see it with the help of some retrospect, we might identify this new period of the early twenty-first century as defined by the challenges of national security. The terrorist attacks of 9/11 in 2001 fundamentally changed the national conversation about security, defense, borders, and inclusiveness, all pointing back to spatial issues. If we include “cyberspace” as the fourth dimension of the national terrain, then the spatiality of social media has been the launching pads of attacks on American democracy itself by foreign powers intent on disrupting our elections.

The threats of cyberattacks, social media campaigns, and the actual violence of ideologically motivated terrorists, benefits from our collective clinging to an obsolete understanding of the world’s people. Our sense of national safety has been jeopardized by our inability, or perhaps our unwillingness, to adjust to a globalized reality where borders are becoming less recognizable and increasingly irrelevant in a rapidly shrinking world. Moreover, the sacred is not bounded by distinct borders nor is it uniquely American. And those who would have us believe otherwise as they insist on building walls and excluding others to preserve our sacred heritage are merely exploiting our ignorance for their own gain.

Sacred spaces can be weapons of mass exclusion, but they also can be places to experience our common humanity. Our most effective defense is inclusivity; we become more secure by embracing others. When we make it our obligation to include all peoples of the world in our common heritage of humanity, then who do we have to fear? ♨ 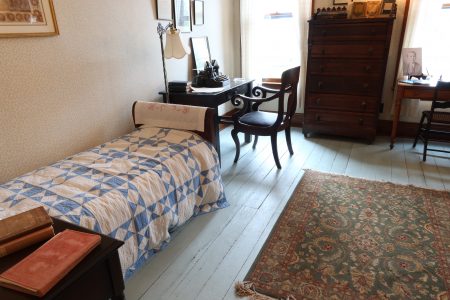 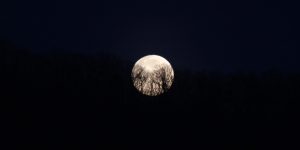 The full moon sets into a penumbral eclipse, sinking into the tree-lined ridge with spidery fingers of arboreal silhouettes etched across the lunar surface.