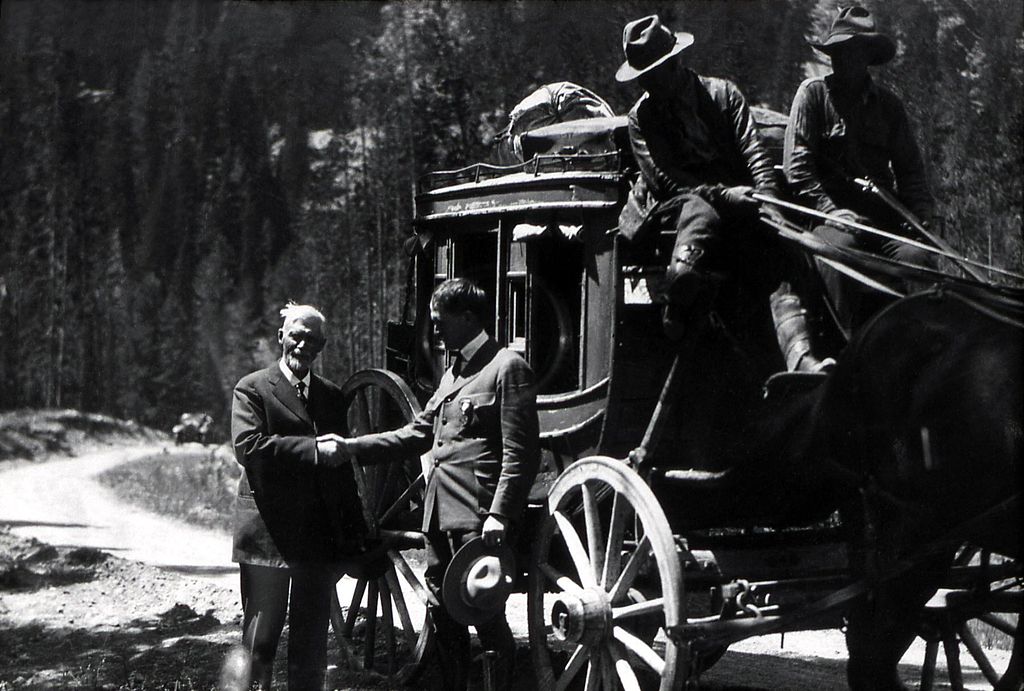 As I continue working on the religious history of Yellowstone National Park, I have considerable ambivalence about Horace Albright. On the one hand, he is a much lauded figure in national parks history, to some degree the brains behind the establishment of the National Park Service in 1916 and an early leader of the agency who set many of its traditional precedents. The high esteem his legacy enjoys in Park Service culture is undoubtedly deserving. On the other hand, many of the precedents he set, and the defining vision he set forth for the National Park Service and for the value of parks in general have contributed to problems that American national parks now face.

My ambivalence became more pronounced as I read a quotation from Albright’s speech on the occasion of dedicating the large Buffalo Bill statue in Cody, Wyoming, on Independence Day of 1924. Author John Clayton in his book Wonderlandscape quotes Albright (page 73), who declared, “We must be guardians of the spirit of discovery, pioneering, and progress. And this spirit can only be preserved by maintaining here forever at Cody and in Yellowstone Park … the picturesque customs and costumes of a day that is gone.” In this remark, Albright imagines Yellowstone more as a tourist pleasuring ground than in terms of preservation. Moreover, this recreational land he envisions comes with a heavily nostalgic frame for the lost “customs and costumes” of a “picturesque” time that actually never existed except in the popular imaginations of writers, artists, and land speculators.

This quotation is yet another moment that shows how hard Albright worked to make American national parks commodities of the national imagination, a place where travelers could experience a pretend past of pioneer days. We are still paying the price of this way of thinking about parks, which suffer under the relentless traffic of nostalgic visitors seeking “the spirit of discovery, pioneering, and progress.”

[This telling image says much about Yellowstone National Park at the 50th anniversary of the park’s founding. Albright dressed in the military-style uniform that he made the official dress code for park rangers greets a formally dressed early Yellowstone explorer who has returned to the park to stand nostalgically in front of an Old West stage coach, while modernity in the form of an automobile invades the park in the background.] 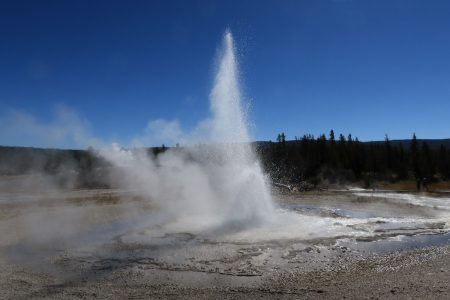 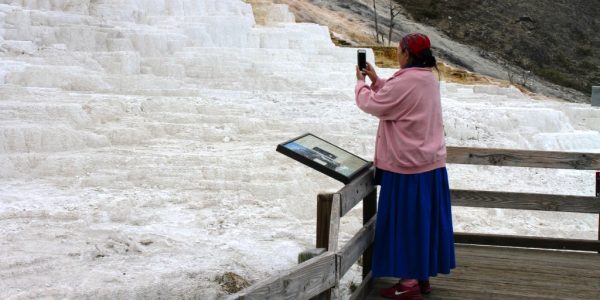